Fairtrade is pioneering a new approach to labor relations on certified banana plantations. Trade unions, employers and workers are sitting down together to plan a future that is financially sustainable, gender inclusive and safe. Fairtrade International’s Senior Advisor Workers’ Rights and Trade Union Relations, Wilbert Flinterman, reflects on an intense three days of meetings in Ghana.

“It’s not just about better pay – though of course that’s important – it’s about having a decent work and home life, and that includes equal pay and conditions for women, as well as a safe and healthy workplace”

There are two Fairtrade certified banana plantations in Ghana, including Volta River Estates, which is the oldest certified banana company in the Fairtrade system, and Golden Exotics, which also has plantations in Cameroon and Côte d’Ivoire. For a sector-wide approach, a third producer, Musamahat Farms Limited, also participated in the program. Between them, they employ around 4,000 workers, many of whom are members of the General Agricultural Workers Union of Ghana (GAWU) and Industrial and Commercial Workers Union (ICU).

“Collaboration is key,” Flinterman says. “We started by asking: how can we work together with partners and local stakeholders to further improve the quality of jobs?”

The first step was to establish exactly what a living wage means. Fairtrade asked an independent researcher to travel to Ghana in 2017 to assess what banana workers need to earn to enjoy a decent standard of living. That means enough to cover their essential needs and those of their family, with some to spare for unforeseen events. After crunching the numbers, it came out at 1,028 Ghanaian Cedis a month – or approximately 180 euros. “Bear in mind that our living wage calculation is about four times the current national minimum wage in Ghana. Employers and trade unions have already negotiated wages to approximately three times the minimum wage, which shows how important collective bargaining is in the context of a living wage” says Flinterman.

With this living wage benchmark available, Fairtrade International then worked with its producer network Fairtrade Africa to design, organize and facilitate a three-day working meeting to get everyone round the same table to find ways to improve jobs and support a viable, sustainable banana sector in Ghana. 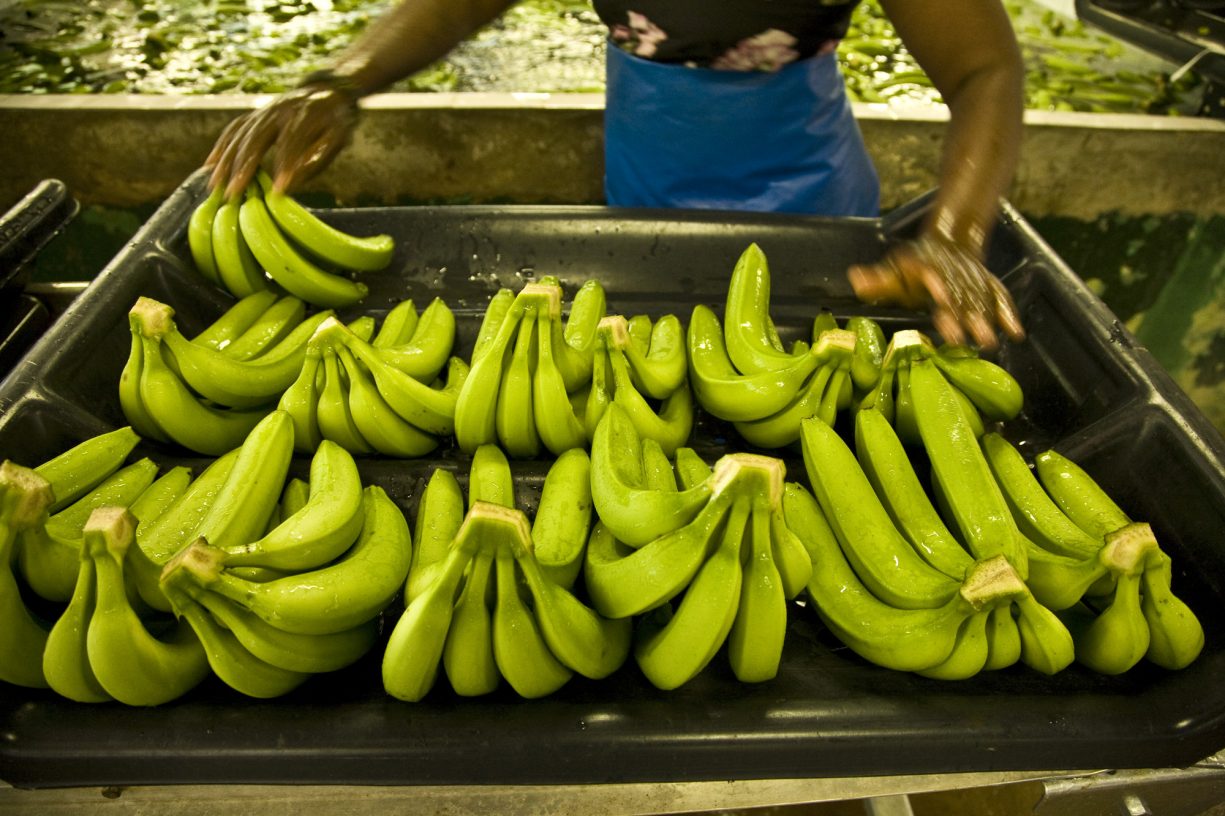 Joining the workers and employers were NGO participants Banana Link (a UK-based NGO for workers’ rights), the World Banana Forum (operated by the UN Food and Agriculture Organization), the International Union of Food Workers (IUF) and IDH, the Netherlands-based Sustainable Trade Initiative. A representative from the Ghanaian Labor Inspectorate also joined to make a presentation. In addition, there were separate meetings with the Ghanaian ministries of labor, agriculture and environment.

“For me, the highlight was the way we collaborated with our partners to address interconnected labor issues in a sophisticated, integrated way,” says Flinterman. “There was no sense of ‘them and us’. The sessions felt inspiring for everyone – including local workers, their unions, company managers and government representatives.”

During the meetings, elected banana worker representatives were asked to give their views about three projects on wages, gender, and occupational health and safety. “To find the right solutions, workers should be able to say what works for them and what not. Their input is essential to the projects,” he adds.

In a session managed by Banana Link and the IUF, participants learned that in order to improve their position, women need access to a wider range of jobs, education and representation, and a safe workplace. Jacqui Mackay, National Coordinator at Banana Link explains. “It makes sense to look at wages from a gender-inclusive perspective. Women tend to be over-represented in lower paid jobs, and often face various physical and non-physical barriers. For example, on the plantations there are irrigation ditches which run between the trees. Many men can just jump over them – but women have said these distances are unsafe and discourage them from working in the field. By identifying and talking about these barriers, many can be easily resolved and workplaces can be redesigned so as to be better for women and men.”

Flinterman is under no illusions about the challenge of getting a decent wage not only for banana workers but also in other sectors. “I’m hopeful that workers will get the living wage they deserve,” he says. “But we don’t want to put jobs at risk either. Fairtrade recognizes these Ghanaian banana companies have already implemented many good employment practices.

“Ultimately, plantation wages can improve only if everyone in the supply chain – including consumers – pay a few cents extra for their Fairtrade bananas. This starts with companies trading bananas paying the Fairtrade Minimum Price. When employers buy into the concept of a living wage, they face significant business costs. They have to do the math and make sure they can pay the living wage for the long term – it’s no good just being a temporary gesture that they can’t support in the future.” 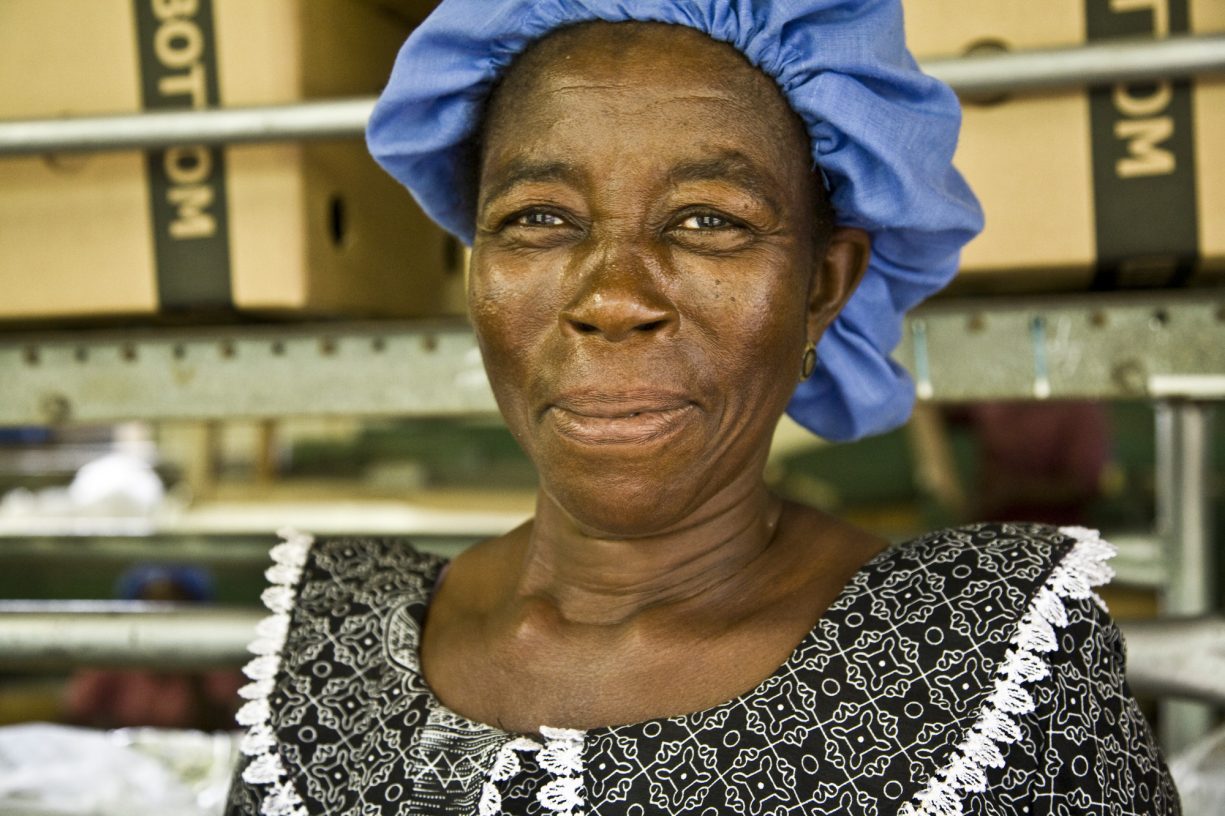 Despite the challenges, Flinterman remains upbeat. “It was a delight and privilege to work with so many committed people at the Ghana meetings. There is an abundance of enthusiasm to keep the momentum going, to keep the discussions going, and to make sure the level of attention remains high. I am confident we will get there.”

Stay informed on the latest Fairtrade developments by signing up for our newsletter! Photos by ©Nathalie Bertrams