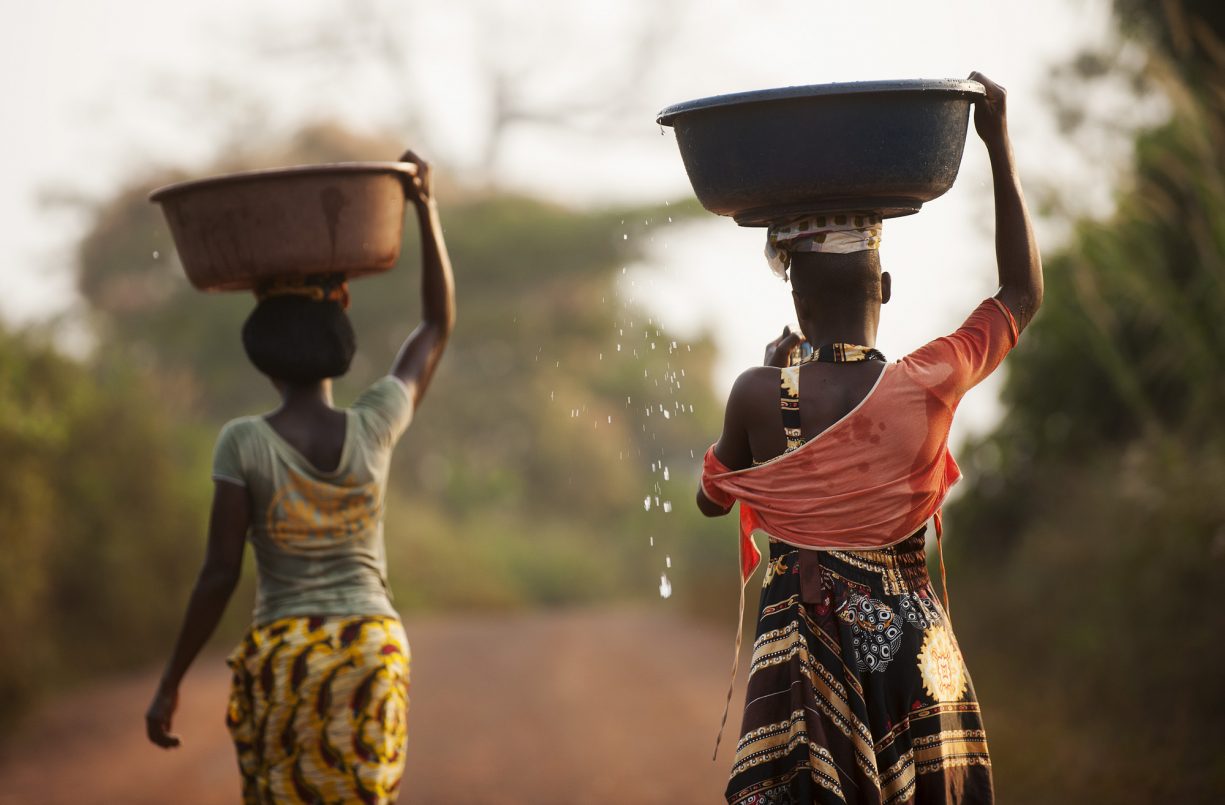 Growing up in urban Zimbabwe, I spent a lot of time with my aunts in their villages and at our rural ancestral home. As a child, I viewed country life as an adventure. The village was a place of excitement and diversity where I was valued and – most importantly – where I was on an equal footing with my cousins.

My rose-tinted view of rural life was shaped largely by the women in these places – women who were physically strong, emotionally stable, and positive, despite the hardships of their lives. Women, who preserved their few hard-earned assets and valued their relationship with nature; giving birth, nurturing life and passing their knowledge to the next generation. These were prayerful women from strong community groups; groups that not only forged social cohesion but also enabled them to initiate and manage new sources of income. Poverty was not the first thing I saw in these places. Instead, I felt loved and valued as part of a community.

As I grew older, my view of rural women evolved. My growing understanding of development altered my definition of what makes a rural woman. This definition is influenced by women’s positioning in the midst of global change, enhanced technologies, trans-boundary and global dependencies, as well as changes in culture and the subsequent impacts on family ties and human relationships. Rural women have not been spared the challenges of rapid change faced by societies the world over. But for the most part they continue to meet these challenges passively, and it sometimes takes a bit of help from outside to enable them to shape their own futures.

Twenty-five percent of the global population are rural women. We acknowledge them as leaders, producers, entrepreneurs and service providers. Their contributions are seen as vital to the well-being of families, communities, economies, and the achievement of key development goals. Today’s narrative talks about enhancing the role of rural women in eradicating poverty and hunger and enhancing their contribution to sustainable development.

Rural women make up the majority of the agricultural labor force – especially in subsistence farming, small-scale farms, and cooperatives – and according to UN figures they produce 60-80% of the world’s food, whilst also being responsible for most of the unpaid care work in rural areas. But despite their hard work, the vast majority of rural women remain poor and disempowered. They till millions of acres to feed the world – so why are they not among the richest, the most financially secure, and the ones who own the most land?

Changing the narratives on rural women

Data from UN Women shows that there are around 1.3 billion smallholder farmers and landless workers – 43% of whom are women. Yet the rights and contributions of rural women continue to be largely overlooked. Why is this and – more importantly – how do we change it? We tend to focus on male-dominated spaces and institutions, where gender equality is viewed as financially risky. They treat women’s economic empowerment not as a viable business tool but as an untried theory to be justified and scientifically tested before it can be adopted. We hear the same old questions: What’s the business case for gender equality? Where’s the added value? And yet, there’s plenty of robust, proven data to demonstrate the value of rural women and provide evidence for the business case. There’s no excuse for ignoring it.

Our own data reveals that women currently make up 25% of the smallholder farmers and workers involved directly in Fairtrade (either as members of small farmers’ organizations or as plantation employees). Additionally wives and female relatives of members also contribute to the production of commodities. The more Fairtrade develops its gender program, the more we realize we need better understanding of the lives and experiences of women working in Fairtrade supply chains. 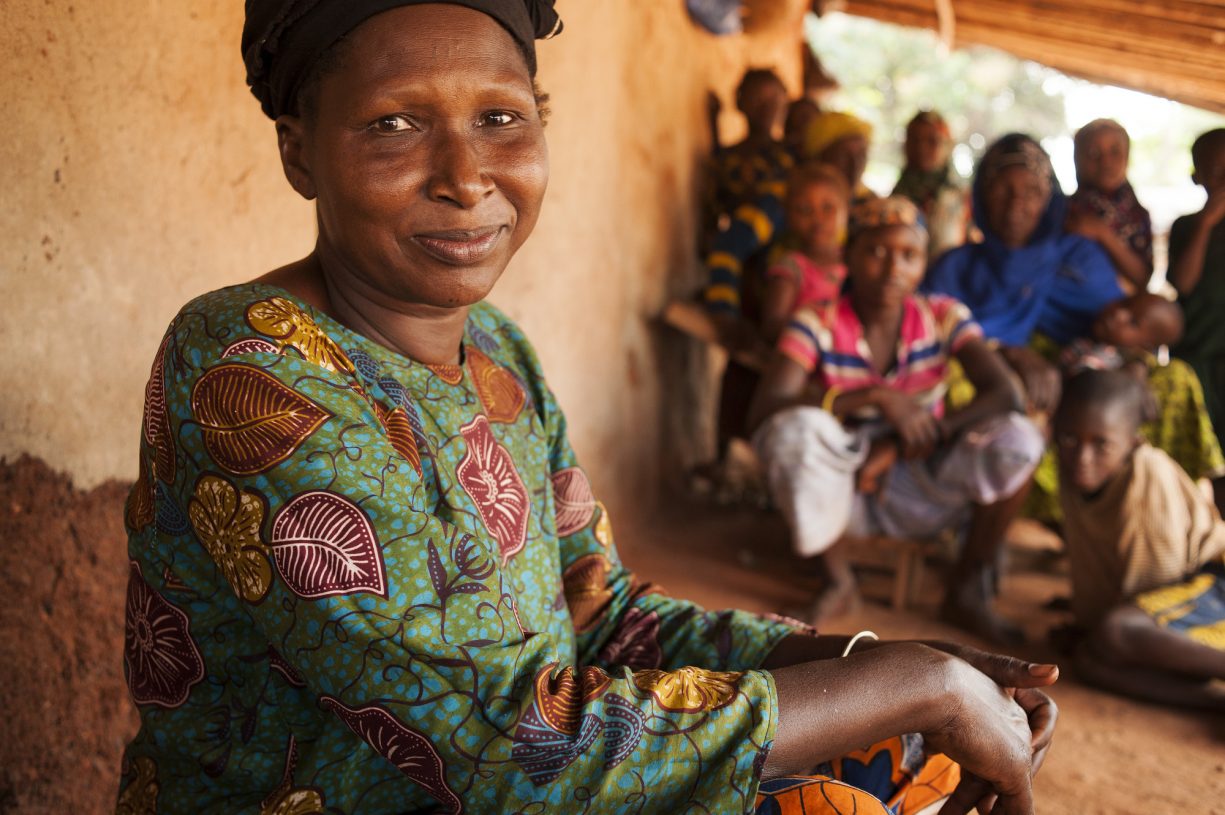 Taking our cue from the women themselves, Fairtrade is putting this understanding into practice. Twenty-five women cocoa farmers from rural Côte d’Ivoire are the stars of a new film, ‘Growing our Cocoa, Raising our Voices.’ They are all either members of ECOOKIM, a Fairtrade certified cocoa cooperative, or are married to cooperative members. These women work hard to produce cocoa but see little of the direct benefit from sales. Fairtrade collaborated with the Dutch research institute KIT to help these women make a powerful film about the challenges they face every day.

The women practiced interviewing each other, speaking on camera, and then developed storyboards together. After four intensive days of training, they returned to their villages to shoot the films. “I’ve learned such a lot,” says Aïssata Rado. “How to use a camera and a microphone, how to interview people and how to film.” The women enjoyed this rare chance to exchange ideas with women from other villages, “We came from different places, we didn’t know each other. Now we eat, sleep, and laugh together,” said Aïssata. She also talks about what she would do differently now: “The workshop has given me greater strength. I am going to contribute, make more of an effort to be part of the cooperative. That will help my cocoa production to be more successful.”

The final film will be used to spark debate on gender issues with cooperatives around the world. From where I stand, with all my experience working with women, I truly believe that the biggest barrier to gender equality lies in immature leadership and governance systems. All too often, those in authority allow some groups to remain more important than others – exacerbating the discrimination and violation of the most marginalized and vulnerable, especially women.

As I ponder a world where rural women are valued, their rights upheld, and their potential fulfilled, I have a vision of a “perfect” rural woman.

It’s a vision where culture is no longer the biggest barrier to transforming human capabilities and lives; poverty and hunger are drastically reduced; greed and corruption are halved, and wealth and assets fairly shared; essential services are accessible to all and the burden of care is shared. It’s a vision where more women are in decision-making positions, radiating positive voices from all ends of the world; more resources are under the control of rural women, with guaranteed steady, sustainable and inclusive growth as a consequence – supported by broader investments in education, health, water, energy, transport and time saving tools; and finally, where more resources would be allocated for gender equality and women’s empowerment.

Is this vision utopian?  Maybe, but I won’t stop working to turn the image into reality.