Fairtrade International is the original and global leader in fair trade certification. About two-thirds of the world’s cocoa is grown by smallholder farmers in Côte d’Ivoire and Ghana. More than 190,000 Ivorian cocoa farmers are members of Fairtrade certified cooperatives, and approximately 140 Ivorian cocoa cooperatives sold 64,000 metric tons of cocoa on Fairtrade terms in Q4 2019, according to available trader reports.

The cocoa industry is plagued by serious issues, including poverty and child labor, which can be positively impacted by implementing fair prices. While the local governments plan to institute a mandatory living income differential in October of this year to ensure all farmers receive a higher take-home pay, Fairtrade certified cooperatives are already experiencing an increase in wages. To narrow the gap for cocoa farmers to earn a living income, Fairtrade partners with chocolate companies and retailers to test various interventions that impact price, income diversification and other components of a holistic strategy. In Q4 2019, Fairtrade effectively raised the price farmers in the Fairtrade system took home by 17%

“The additional money that farmers are receiving as the result of the Fairtrade Minimum Price is a step in the right direction, as is the government’s Living Income Differential for all cocoa farmers,” said Jon Walker, Fairtrade International’s Senior Advisor for Cocoa. “However, many cocoa farming households still will not earn a living income, even with these higher prices. That’s why Fairtrade is working with cooperatives, their commercial partners and governments to determine what factors effectively enable farmers to actually achieve a living income. This includes not only price, but also income diversification and cost efficiency, for example. It’s essential for major chocolate suppliers and brands to continue to step up their commitments since that’s the only way farmers will truly see a sustained impact.”

The foundation of the Fairtrade system is providing fair payments to farmers. The Fairtrade Minimum Price is set through an intensive consultation process with producers, traders and other stakeholders, and is re-evaluated every five years. The Fairtrade Minimum Price acts as a safety net for farmers and workers when prices fall below a sustainable level, and aims to cover the costs of sustainable production. Payments to cooperatives and to farmers are audited by Fairtrade’s independent certifier, FLOCERT. 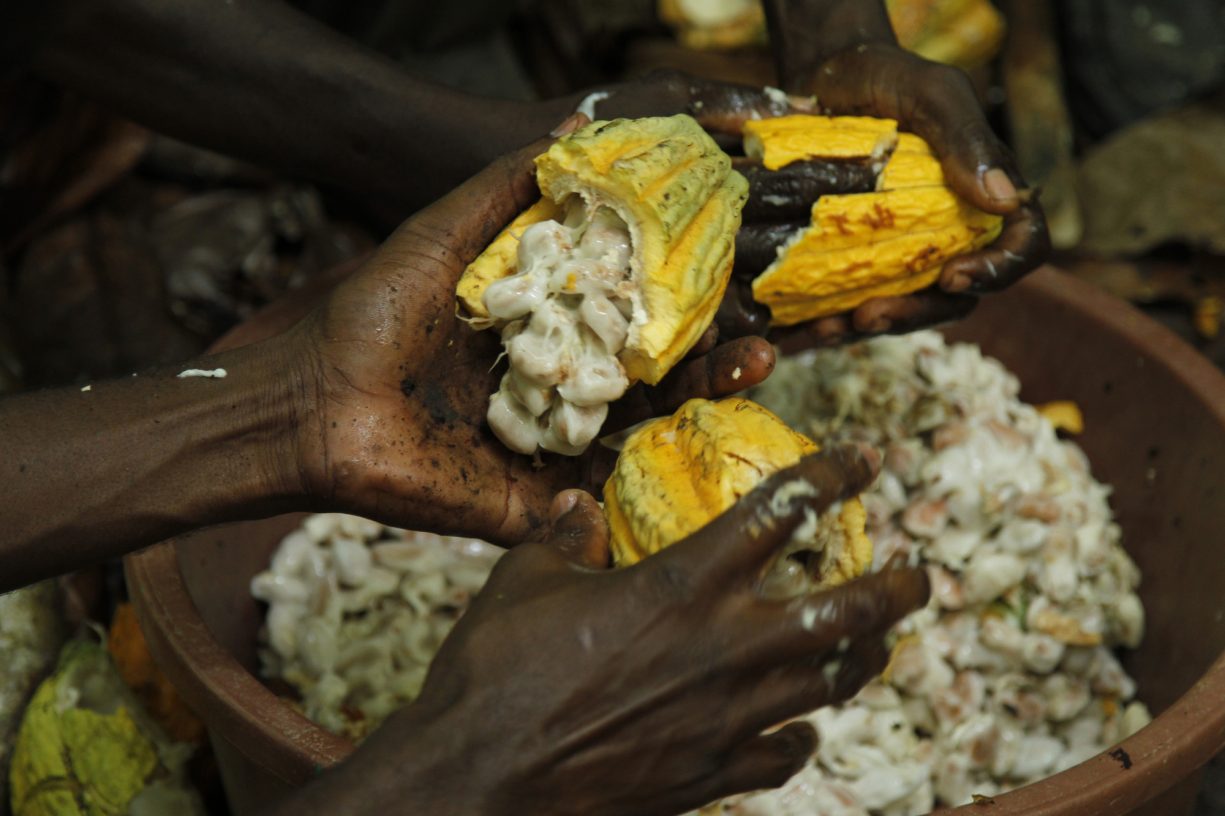 In addition to the Minimum Price, Fairtrade farmers also receive financial Premiums for investment in their communities or businesses. Members decide democratically how to spend the money, such as on business investments for the organization, education, healthcare, transition to organic production or community services. The Fairtrade Premium, which also increased by 20% in October 2019, earned more than $15.3 million on Q4 sales.

Cocoa farmers deserve to earn a decent living just like anyone else.

“Cocoa farmers deserve to earn a decent living just like anyone else,” said Anne Marie Yao, West Africa Regional Cocoa Manager for Fairtrade Africa. “The additional funds going into the pockets of these farmers are the tangible result of shoppers choosing Fairtrade certified chocolate. It makes a big difference.”