Our friends at Tony’s Chocolonely have a bold mission to make 100% slave free the norm in chocolate. Fairtrade is right there with them; Tony’s bars have been Fairtrade certified since day one.

Tony’s is the #1 chocolate brand in the Netherlands, and they’re serious about expansion to the US. We’re loving having Tony’s here in the US because most Tony’s in the hands of American chocolate lovers facilitates dignified working conditions and fair pricing for cocoa farmers in West Africa. We welcomed Tony’s to the US through a campaign to raise awareness among consumers, retailers, and governments about the problems in the cocoa industry and what is being done to solve them. 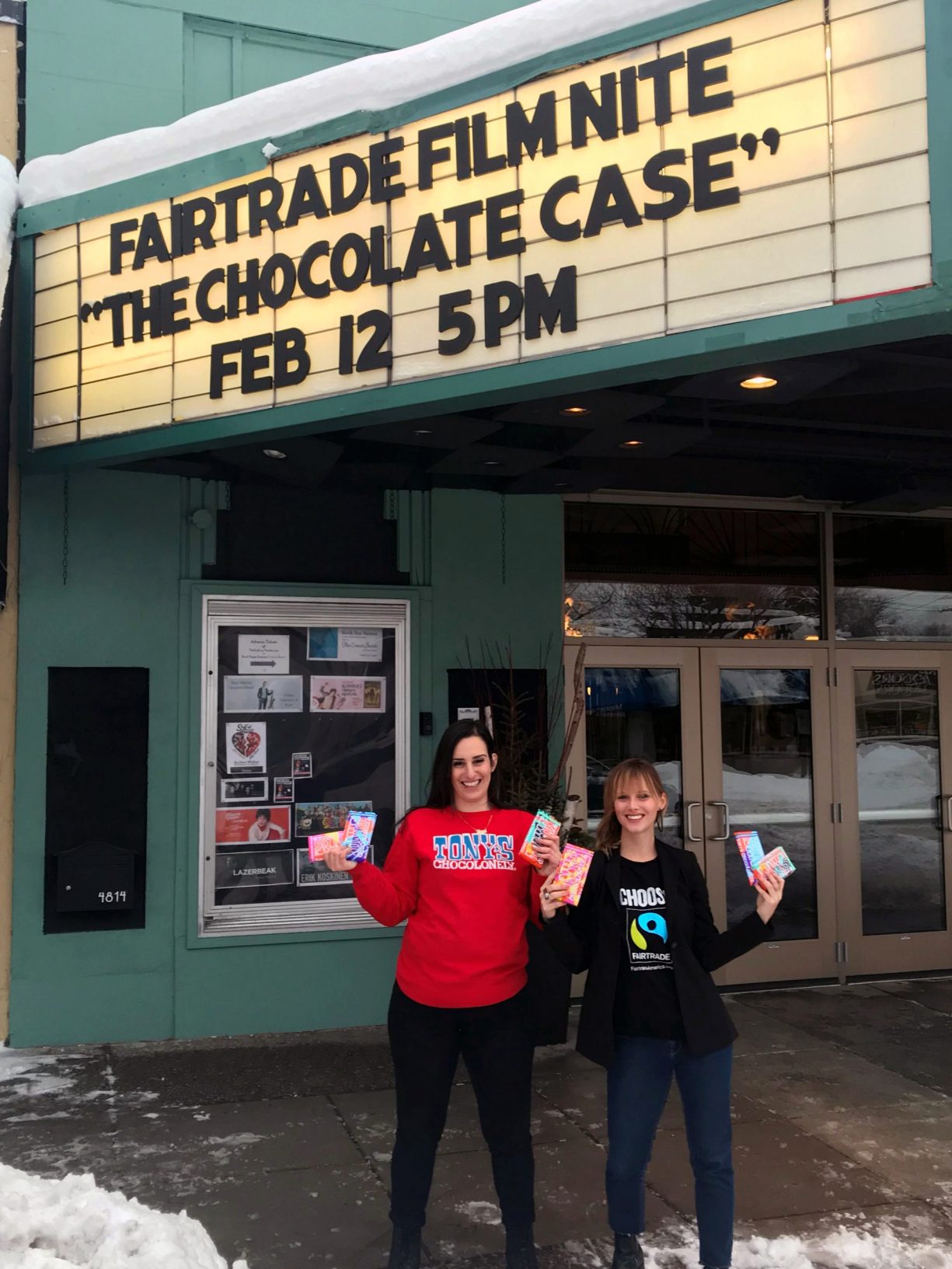 Fairtrade co-hosted four screenings of the documentary, The Chocolate Case, which follows the journey of an outraged Dutch journalist trying to get himself arrested for eating chocolate produced with slave labor. What started as a stunt to draw attention to the very serious issues of child and slave labor in the cocoa industry becomes the foundation for the launch of Tony’s Chocolonely.

With screenings at the Dutch Embassy in Washington D.C., REI in New York City, and in partnership with National Co+op Grocers in Minneapolis and Willy Street Co-op in Madison Fairtrade leveraged the key players who together can make chocolate 100% slave free.

The Chocolate Case leaves you with a hunger to discuss, learn more, and act, so screenings included Q&A sessions, panels, and of course Tony’s bars and other Fairtrade snacks (like La Riojana wine) to energize the conversation amongst 250+ viewers.

Fairtrade kept the conversation going by promoting Do-It-Yourself screenings with a guide and materials on Fairtrade and Tony’s Chocolonely.

Tony’s Chocolonely has a big mission: to make 100% slave free the norm in chocolate. We can’t do it alone, which is why our partnership with Fairtrade is that much more important.

Dena, Tony’s US Marketing Manager shared that, “By teaming up on screenings of The Chocolate Case, we’ve raised awareness about slavery in the cocoa industry and our mission with every major stakeholder in the supply chain: individual consumers, retailers, distributors, certification systems and government.”

What cause are you wanting to elevate? Let the Fairtrade America Business Development Team know!