La Riojana collaborates with National Co+op Grocers (NCG) to bring Fairtrade certified wine and olive oil to every co-op grocery store in the US – and bring water, healthcare and education to over 500 families in the desert of Argentina. This partnership began in 2014. It now spans 146 NCG locations in 37 US states and into the La Rioja province of Argentina. 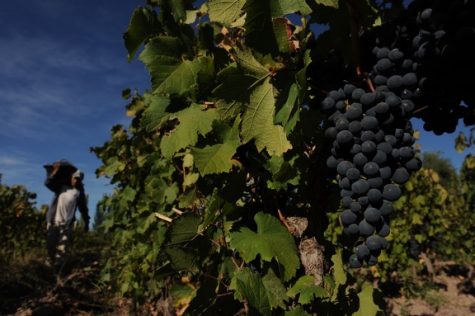 When La Riojana first came to the village of Tilimuqui over 10 years ago, they found a village in the middle of the desert with none of its basic needs covered. La Riojana invested in a range of vital services to their members and workers, many of whom live in remote villages with poor local facilities.

“La Riojana has been always involved in the community helping people through the sale of the wines, but of course the resources were very limited. Since we are Fairtrade certified and we started using the logo on the label, we started to sell more. We started growing with wonderful customers. We decided our first Fairtrade project had to be bringing clean water to the houses in Tilimuqui.” Said Walter Carol, Export Director of La Riojana Co-operative.

“But that was just the beginning because this allowed us to dream bigger, and in 2010 we started building the secondary school (Eng. Julio Cesar Martinez National Agro-Tech High School). Same as for the water project, the coop decided to double the Fairtrade premium. And so we finalized the school in five years instead of 10.”

It change the dynamic of the village. the village has new life, the kids have new prospects.

When in 2014, Walter traveled to meet met a local co-operative store in North Carolina called Weaver Street Market to present La Riojana’s small growers co-operative products and Fairtrade projects. Weaver Street Market immediately wanted to support La Riojana. They were not only keen to have the wines and olive oils, but also thought it was a great project for all the US co-operatives across the country, partnering with National Co+op Grocers Association through their Stronger Together program.

Linda Fullwood, the Events Organizer at Weaver Street Market shared, “Our customers are looking for a connection to where their food comes from and it feels really good to know that when you buy these products that the money goes to support small farmers and their community.”

La Riojana aimed to partner with every co-op in the United States. In 2015, they drove across the country, meeting an average of three co-ops per day, over 120 stores in a year. All of them stocked La Riojana’s products following the tour.

The co-ops and La Riojana agreed that the Fairtrade Premium included in the cost of the wine (which is roughly $1 per case) would go toward paying the cost of the organic certification for all La Riojana’s small growers. Co-ops participated by selling, promoting and displaying La Riojana wines and olive oil, with strong sales.

La Riojana and NCG partnered to create a video sharing the story of their collaboration:

In 2017, after two years of collaboration through Stronger Together, La Riojana earned enough funds to pay for the organic certification for all their small growers. The next cycles of Fairtrade premium will go toward the construction of a new health center serving the Tilimuqui area, covering five villages and about ten thousand people currently with no access to healthcare.

Walter Carol shared, “Now they have the tools to build their own future. And this is what Fairtrade is about. If you give the people what they deserve. We want to do more, but mainly want to thank you for your support. Fairtrade works!”

Find out how you can deepen your impact through partnership.