Cotton is part of our every day lives – from the sheets we sleep on to the clothes on our backs to the cotton rounds in our cabinets.

Choosing ethical and sustainably sourced cotton is a way to prioritize both people and the planet.

Cheap cotton has a high cost

The fashion industry is notorious for human rights violations and low wages. The atrocities in sweat shops around the world are well documented, but did you know that these problems extend further back to the cotton itself?

It is estimated that 100 million rural households are engaged in cotton production in more than 75 countries, but the biggest producers are in China, India, the US, Pakistan and Brazil. Heavy subsidies in these larger countries puts pressure on small-scale farmers in countries where governments lack the resources for similar subsidies so farmers and workers are the ones that suffer in the form of bad trade deals. This leaves cotton farmers often without the resources they need to cover their business and living costs sustainably.

An unjust burden on farmers

To keep up with this unreasonable and unbalanced pace, cotton farmers sometimes resort to cheaper, less sustainable farming methods like using harmful pesticides to ensure a successful harvest. Think about it: if you were faced with either not feeding your family or protecting the environment, what would you choose? This is an unfair decision to place on farmers, one that could be changed with better, more fair trade.

Though rising temperatures alone won’t kill off cotton, the droughts and anticipated water shortages that accompany climate change will have damaging effects. Some experts argue that cotton is the largest agricultural user of water. It is estimated that 73% of cotton farming incorporates either full or partial irrigation. 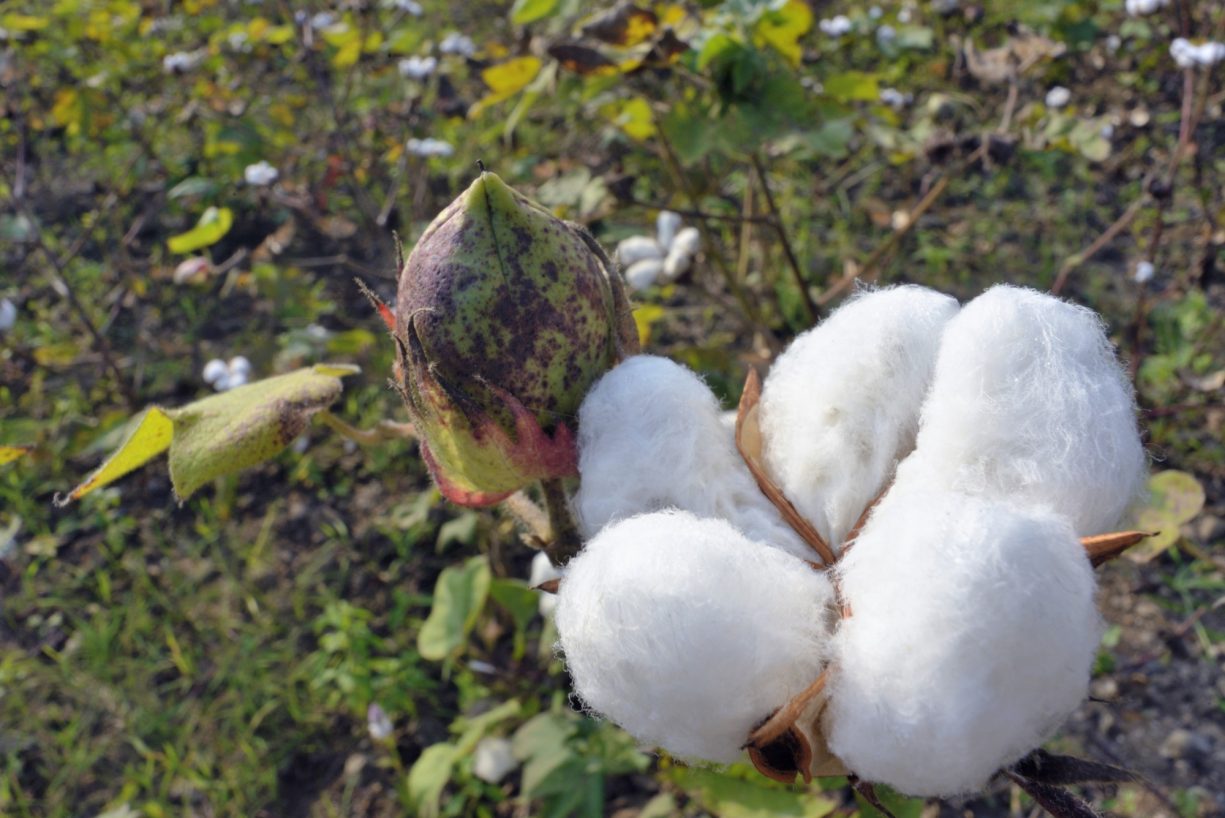 Every climate challenge that arises translates to higher costs on the part of cotton farmers. That means clothing should cost more in the US, right? In fact, the opposite is true. Fast fashion has been driving down the cost of clothing, not up.

Cheap clothing and textiles themselves are causing significant damage to the environment from landfills overflowing with barely used clothing to waterways polluted by dyes and chemicals. From start to finish the cotton industry is wrought with environmental and social injustice. But it doesn’t have to be this way.

5x lower
The social and environmental footprint of Fairtrade cotton vs. conventional.
Fairtrade stands with farmers

For people and the planet

Fairtrade fights for both people and the planet. We work with nearly 45,000 cotton farmers and workers, primarily in India. Our Standards protect farmers’ health and safety, ban hazardous pesticides, and don’t allow the use of GMO seeds. Fairtrade cotton fields in India and Western Africa are also rain-fed, reducing the region’s water footprint.

While it isn’t a requirement, many Fairtrade cotton farmers have opted to go organic! We think this is incredible, and we encourage this conversion with incentives, training and local expert support.

More on Pratima Group
You can make a difference

Prioritize people and the planet

Learn how to shop, share and donate your clothing responsibly.

Look for the Mark

Explore Fairtrade certified products from sheets to backpacks to socks in our brand new Product Finder.

The world is constantly changing, and Fairtrade is growing with it! Follow us on social media @FairtradeMarkUS.