Looking at a chocolate bar, it’s easy to be disconnected from the many people that created it and the place from which it came. In Nashville, we are excited to close that gap with a mural created by Tarabella Aversa at the Turnip Truck natural foods grocer. This mural emphasizes the impact food production has on gender equality and features farmer, Rosine Bekoin.

Rosine Bekoin owns and operates a cocoa farm inherited from her mother, an unusual circumstance in Côte d’Ivoire where men usually run farms. She joined the Fairtrade-certified CAYAT cooperative in 2016 hoping that uniting with other farmers would give her more independence and autonomy, rather than relying on middlemen to sell her cocoa crops. Thanks to agricultural practices Rosine learned from Fairtrade, she increased production by 50%.

Rosine is the Secretary of her co-operative’s Women’s Society, and is a graduate from the Fairtrade Africa Women’s School of Leadership. Along with more than 400 women in the Women’s Society, Rosine participates in an income diversification project to grow other food crops that help supplement her income.

Rosine firmly believes that women play a key role bringing communities out of poverty. Her dream is to build a house for her family.

More on gender equality
The Artist

Tarabella Aversa is a Nashville-based mural artist who is passionate about bringing joy and beauty to communities through her murals. Best known for her bold, bright color pallet, Tarabella has created more than 45 murals to date, mainly by freehand.

She is excited to generate awareness for Fairtrade’s important cause on such a prominent canvas — Turnip Truck’s exterior wall. As a proud member of the local community and loyal Turnip Truck shopper, Tarabella wanted to create a beautiful mural to honor Rosine’s beauty as a strong, independent woman. Rosine is the central focus of the mural, surrounded by vibrant colors and imagery of the cacao plant. The orange circle was inspired by the sunset but also serves as a halo around her. “The sun never sets on a badass!” says Tarabella. 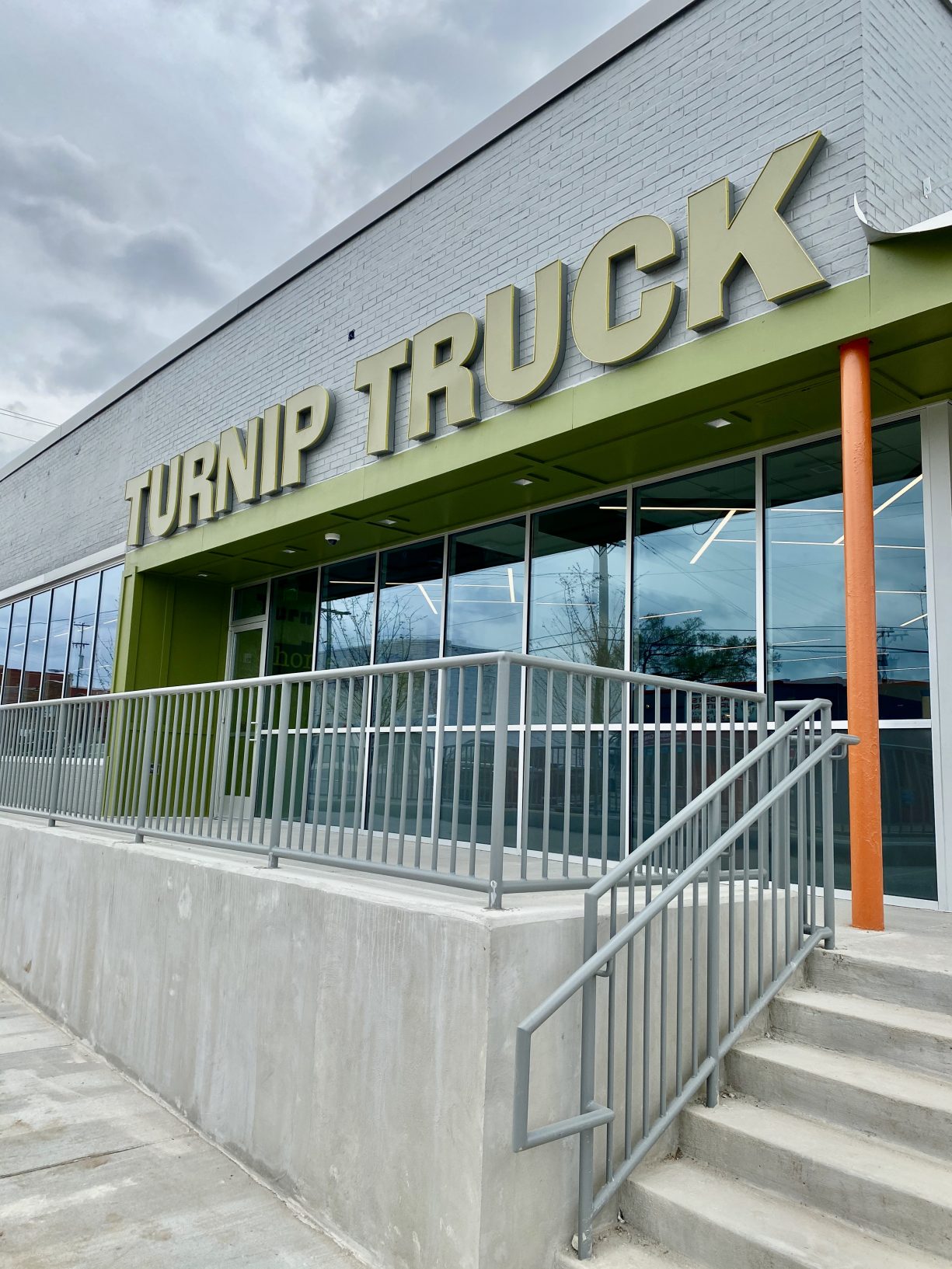 Established in 2001, Turnip Truck is Nashville’s only full-service, locally owned natural foods grocer. With three stores in the heart of Music City, Turnip Truck offers the highest quality local and organic foods available. For nearly two decades, founder/owner John Dyke and team have been committed to supporting area farmers and producers, in turn nurturing the future of the food supply. “Partnering with Fairtrade America on this program affords us the opportunity to be part of a movement we deeply support, while also representing our brand in Nashville, a city known for creativity and authenticity,” said John Dyke, founder of Turnip Truck. “We always wanted to have a mural painted on our walls. With Fairtrade we finally found the perfect partnership and artist to bring it to life.” Turnip Truck has always had close relationships with our growers and makers, and fair trade is an issue we wholeheartedly support.