In Milwaukee, we are thrilled to partner with Outpost Natural Foods and local artist Nova Czarneckie to celebrate Ranjana Maurya, an organic Tulsi (Holy Basil) farmer. Ranjana’s Tulsi can be found in products like Organic India’s Tulsi Tea.

This mural is located at 2826 S. Kinnickinnic Avenue in Milwaukee, Wisconsin.

Ranjana Maurya is a Member Farmer of Organic India Farmer Producer Company Limited. After growing up in Mumbai, she returned to her ancestral Haripur village of Azmargh with her husband, Arjun who was a farmer. At the time, many grew wheat, rice, peas and gram through conventional farming methods – which can involve the use of lot of chemical pesticides.

Things changed for Ranjana when a team from Organic India came to Azmargh to talk about organic farming, and a few farmers nearby began to farm organic Tulsi (Holy Basil). However, the organic movement took time to take root in the village as it was difficult to convert farmland, many farmers were reliant on chemical pesticides, and there was a mistrust of outsiders telling farmers what they should be doing.

Ranjana on the farm

One day, Arjun was injured on their farmland while overseeing the production of their rice crop. As a result, Ranjana stepped up to take on more farming activities. She began farming Tulsi and joined the Organic India Farmer Producer Company Limited.

Since then, Arjun and Ranjana have had five children, and have continued to deepen their organic farming techniques. They have diversified their business to include raising dairy cows and growing other crops like wheat and corn. Both Ranjana and Arjun have improved their farming techniques over the years, like tilling the land more effectively, and manufacturing composts and natural pesticides without using harsh or synthetic chemicals.

The couple has innovated on the farm as well. Arjun invented a machine that can separate basil leaves from their stem without effort. Organic India awarded Arjun for his innovation, which motivated other farmers nearby to innovate their practices too. Farmers in the organization share their techniques with each other to help make farming easier for the whole collective.

Ranjana’s hard work, resilience and commitment to sustainable farming practices inspire us. That’s why we are thrilled to highlight her through a mural located at the Bayview location of Outpost Natural Foods in Milwaukee, Wisconsin.

Almost 80% of US households have tea. It is the second most consumed beverage in the world (after water).
The artist 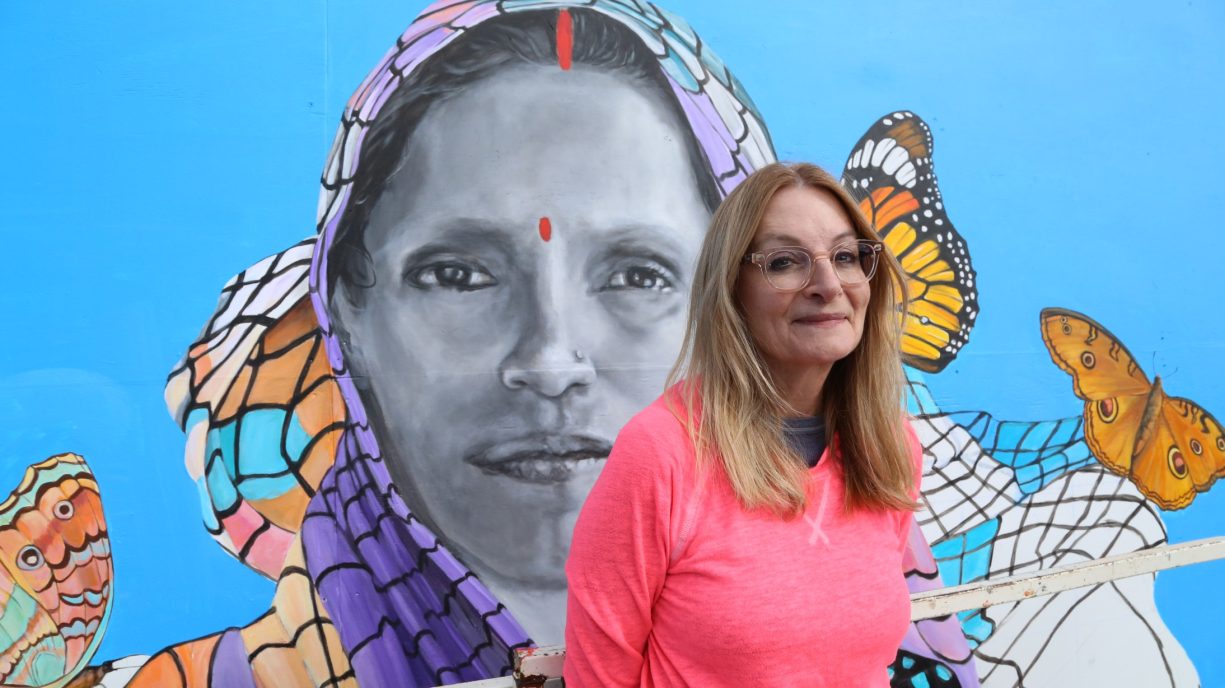 Nova Czarnecki is an artist living in Milwaukee, Wisconsin. She believes in the Fairtrade mission and in choosing products that nourish people and the planet. She has been an Outpost Natural Foods shopper for years and it is even where her son got his first job, making this project close to home and heart. Nova is excited to paint this mural because at a time when so much is at our fingertips, it’s important to remember that the food we toss in our carts has been picked by someone else’s hands and has its own story. She considers it an honor to celebrate everyday people. Nova is passionate about human rights and has been inspired by Ranjana’s story and hopes the mural will stand as an inspiration for all who see her. Ranjana has taken on the roles of wife, mother and leader and this mural of her helps demonstrate just how powerful women can be.

Nova aims to portray the beauty and complexity of what it means to live and carry a life in her work. Figures are made up of, surrounded by and woven into elements of nature in her pieces to convey our connectedness to the whole while highlighting the preciousness of those elements and the soul. Nova also enjoys exploring nature versus nurture and how our relationships and environment influence who we are for better or worse and how a soul shines through in some areas but is veiled in others due to the inescapable element of pain or trauma that comes with being alive.

ORGANIC INDIA represents a community dedicated to healthy, conscious living and true wellness solutions. They embrace the fundamental truth that we are all deeply interconnected with each other and the world. The company supply chain delivers value to farmers, employees, communities, and the environment. From seed, to soil, to farm, to factory, to its community, ORGANIC INDIA operates as a vehicle of consciousness.

ORGANIC INDIA specializes in organic Tulsi teas and Ayurvedic-based herbal supplements that are ethically grown or wildcrafted by small family farmer partners in India, using biodynamic, regenerative agriculture practices. The measure of success for the company is whether their practices will leave the planet better than they found it — one of the reasons ORGANIC INDIA is a certified B Corporation and “Best for the World” honoree for three years in a row. 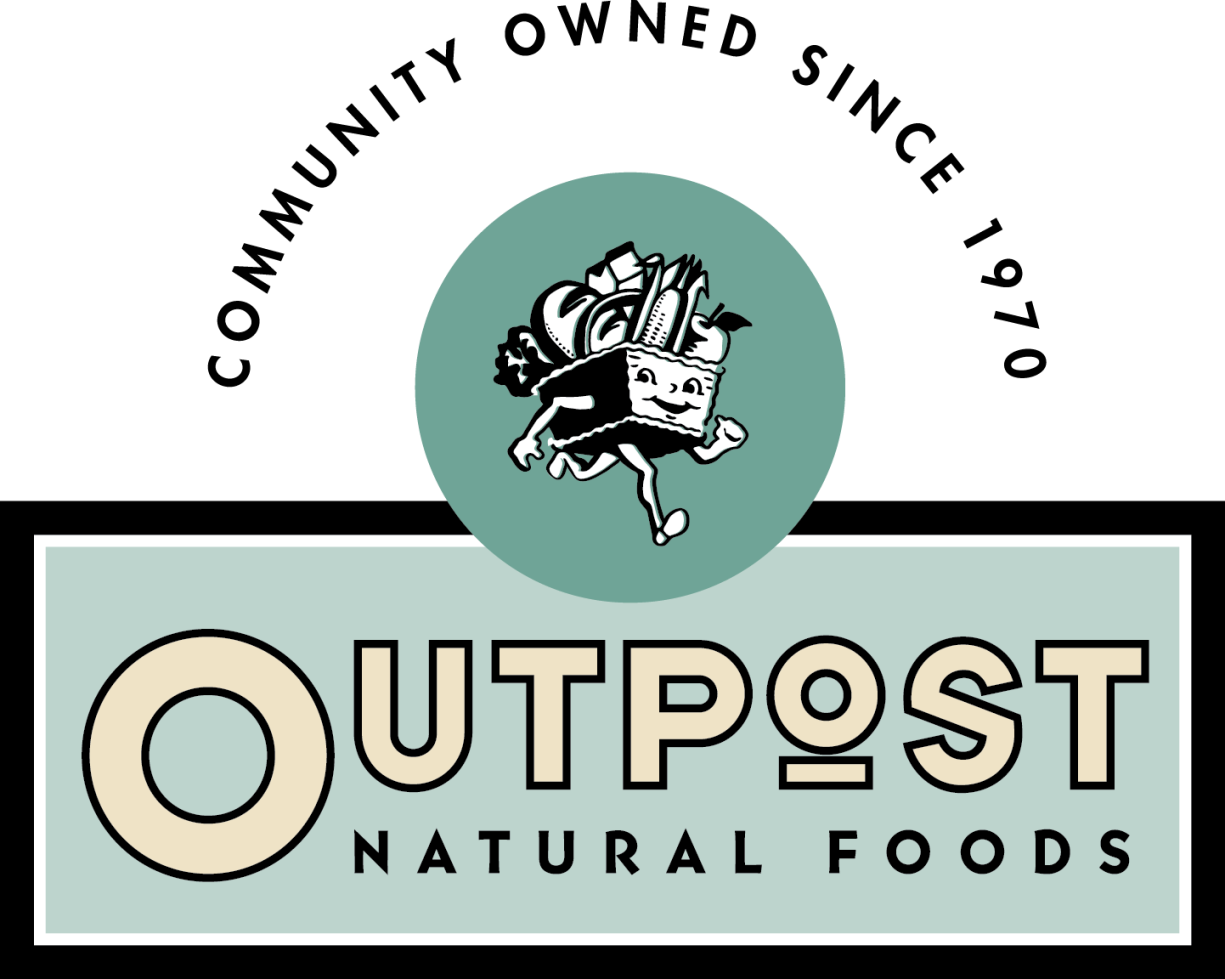 This mural is located at 2826 S. Kinnickinnic Avenue in Milwaukee, Wisconsin.